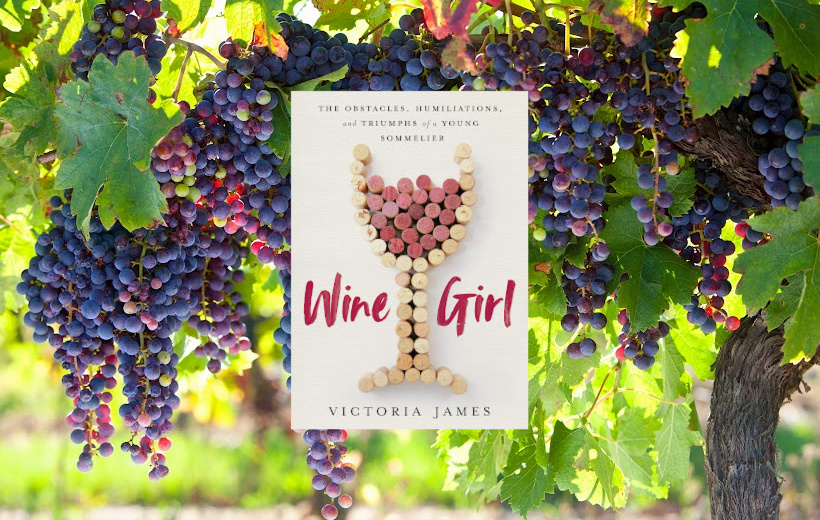 I particularly appreciate a well written memoir as a look into someone’s life path and the time in which they live(ed). My last recommendation was from the creator of Nike, Phil Knight’s Shoe Dog.

This summer, I took a different direction into the world of wine with Wine Girl: The Obstacles, Humiliations and Triumphs of a Young Sommelier by Victoria James

Since the first wine was made in 6,000 BC this fruity concoction has woven itself into our history and the very fabric of life’s celebrations. We also pair it with our meals, books, Netflix shows, and conversations. I was fortunate to grow up in a European family where at a young age children were allowed a tumbler of wine with dinner. Then as a teenager dining out with my parents, the sommelier or wait staff would pour a glass of wine with no gasp of disapproval or even awareness from surrounding tables. We also lived in different countries, and along the way, I learnt a lot about the local wine and food.

Until recently, though, I was relatively oblivious to the dark side of the wine and food industry. Then, in the last few years, sexual harassment claims against famous male chefs bought with it an opening of the flood gates of what it was really like to be a woman in those fields.

Even Bon Appétit felt compelled to start running a series of reports about the other side of their industry.

“We’re breaking from our usual stream of recipes, cooking tips, and round-ups. The restaurant industry is undergoing a long-overdue reckoning—we know you’ve heard that word a lot lately, but that’s what it is. And it’s not over when a few celebrity chefs are named. It will require a systemic change in workplace, media, and kitchen culture that no longer sweeps the inappropriate behavior of powerful men under the rug, that no longer punishes women for telling the truth.”

This brings us to Victoria James’ memoir Wine Girl; the title represents two words male clients use to diminish the role of a female sommelier. This multi-faceted book pulls you into James’ world, of a childhood that Charles Dickens could have written, a teenager whose only option was to take on the role and responsibilities of an adult, then as a student of all things wine. Yet, despite all the challenges and men disparaging her, she doesn’t stray into over-analyzing or self-pity; instead, James remains committed to who she is and the goals she will not let anyone stop her from achieving.

Wine Girl shares both the idyllic parts of the wine world and its misogynistic realities. However, the main takeaway is that the industry can evolve through the influence of women like Victoria James.

Now we, the public know the reality of females in the food and drink sector, how can we make a difference?

We can support female-owned restaurants and restaurants that hire female chefs and sommeliers. Purchase wines from female wine growers . Memoirs like Wine Girl can be your next reading choice, especially if you are part of a book club, as this will increase awareness and discussion.

I look forward to an upcoming memoir by Canadian online wine course instructor and wine reviewer Natalie MacLean. She tells of her struggles to gain respect and recognition for her training and expertise in the wine industry and how the male-dominant world of wine reviewers nearly destroyed everything she had worked so hard for. Maclean also writes about divorce, raising a son, and struggling with her out-of-control wine drinking for work, socializing, and coping with stress.

Wine and food are among life’s pleasures; this should hold true for those who have embraced a role behind the scenes and those lucky enough to enjoy the results of their hard work and dedication. However, Wine Girl is a reminder that we mustn’t get lost in the romance of lush vineyards and patio dinners with that perfect glass of rosé. The industry still has a lot of work to do toward being more inclusive and forward-thinking.

As a Woman in the Kitchen, It’s Traumatic by Ailis Brennan, Eater London

America’s elite school for wine experts was torn apart by sexual harassment issues. A new board led by a woman sommelier brought it back by Amy Zavatto, Fortune

Jill Crossland is a business and marketing consultant who can take your business and social media to the next level.